All pupils coming to Dunedin spend a trial period in the school. During that period their needs are assessed. The Support for Learning (SfL) teacher is responsible for administering a bank of assessments that show the academic strengths and support needs for each pupil.

In many cases the priority of building trust and confidence in the school means that these assessment procedures may be only partly completed during the trial period and will be finished when the pupil is able to attend the school with confidence and regularity.

During this period all staff will be carrying out their own informal assessments of a pupil’s strengths and development areas. As a result of this a decision is made as to whether the pupil requires additional support over and above that which is considered the norm.

This support will be offered by the SfL teacher and may involve academic support, emotional support or a mixture of the two. This will usually be provided by the withdrawal of the pupil from class for one to one tuition.

Support within the classroom is also available but not often required due to the very small class sizes. Some pupils receive support in the long term but it is also possible to offer short term support for a single issue which arises from one area of class work.

Some pupils arrive with a diagnosis of dyslexia and some extra support in one or more areas of their learning. This is often caused by the fact that pupils have previously missed a lot of school, become de-motivated and developed low self esteem.

It is our job to build their confidence and fill in as many gaps in their knowledge as possible. Sometimes the support takes the form of a chat allowing the pupil to raise any issues they want.

The SfL teacher is in school on Tuesdays, Thursdays and Fridays.  On the morning of these days there are six half hour slots for the SfL teacher to work with pupils on a one-to-one basis.  If required extra slots can be added in the afternoon. 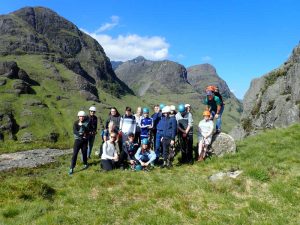 It seemed slightly surreal recently to be setting off with nearly the whole school for a summer residential camp in Glencoe.  The last time we did this seems so long ago and much covid water has passed under the bridge since then.  But our pupils were soon making up for... 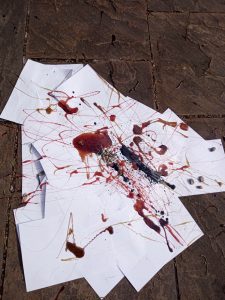 Some may have deemed it inevitable, given our school’s connection to Arthur Conan Doyle, that at some point a crime would be committed, and blood would be spilt!  Not for real though I hasten to add, purely in the pursuit of Science.  Amanda, along with a number of our budding... 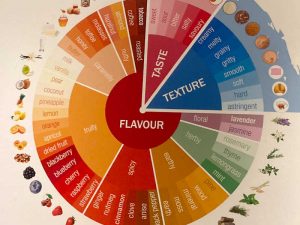 Sometimes it is just tough being a pupil at Dunedin School.  Imagine having to miss classes to go to a Chocolatarium!  Finding out all about where chocolate comes from.  How chocolate is made.   Tasting lots of different chocolates.  Making your own chocolate.  How could we possibly ask this of our...

When a potential new member of staff is contemplating joining Dunedin there are always two things that we warn them they must be prepared for;  they will have to don a wetsuit and jump into a freezing cold Highland burn when we go canyoning on the school residential;  there will...

more from the School Blog >>>